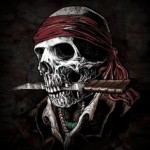 SilverCrest Mines announced record silver and gold production results for the second quarter of 2015 from its Santa Elena mine located in Sonora, Mexico.

Production for the first half of 2015 was more than 1.1 million oz of silver and more than 27,000 oz of gold, or more than 2.9 million silver equivalent (AgEq) oz. As a result of this milestone, the company said it is increasing its 2015 production market guidance from a range of 4 to 4.4 million to a range of 4.7 to 5.1 million AgEq oz.

“We are pleased with the strong performance in 2015 at Santa Elena, as we continue to break production records,” said Eric Fier, COO, SilverCrest Mines. “Average recoveries for silver have increased by 23% from 60% during Q1 to 74% in Q2 with implementation of several mill operating efficiencies. We continue with exploration drifting on the higher grade El Cholugo Zone with development ore currently being milled, which partially accounts for higher than expected grades and ounces in H1 from underground mine production.”